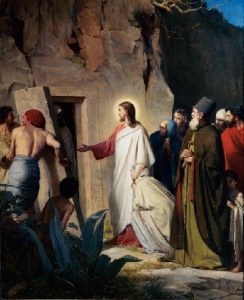 Even secular New Testament historians no longer attribute Jesus’ healings to pure legendary embellishment. The legend hypothesis has largely been discarded.  Legends take time to develop.  The Gospels were written within the lifetimes of eye witnesses to Jesus. It is unlikely that within Israel many glaring misrepresentations of Jesus’ life recorded in the Gospels could have originated and spread within one or two generations after his death since many eye witnesses would have still been alive to contest these gross inaccuracies.  It would have also been peculiar that many Christians willingly accepted martyrdom in A.D. 64 and earlier off the testimony of a few men if their accounts of Jesus in the Gospels greatly differed from a more sober-minded and believable contrary oral tradition.  Also if Jesus never worked miracles early hostile Jewish literature should state this fact.  Instead, Jesus is called a sorcerer in these accounts thereby affirming the picture of Jesus as a healer. Furthermore, the Messiah was not expected to work miracles. Thus, the Gospel writers would not have felt compelled to turn Jesus into a miracle worker if he were not one already. However, due to prior preconceptions against the supernatural, most secular historians do not believe that Jesus could heal any real illnesses or perform any actual miracles.  That having been said, it is interesting to note that the more amazing the miracle, the more evidence is seemingly available to support the act.   For example, the resurrection of Lazarus in John’s Gospel includes many details that would make it easy to investigate John’s story.  John’s Gospel was written within the lifetime of eyewitnesses to Jesus. If this account were fabricated it would be surprising for John to have included all the details necessarily for skeptical first century investigators to expose his story. 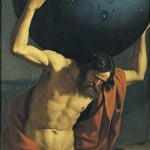 This argument does not disprove the Biblical conception of God.  The Bible never says that God is infinitely powerful.  Instead, the Bible suggests that God possesses all power.  In other words, God has all the power that exists.  By suggesting that God is infinitely powerful suggests that God has more power than actually exists.  As king of heaven and earth all creation is subject to God’s will.  In this way, God has all power and nothing happens apart from his will.