The City Cast into the Abyss

In Mark 11:20-24, Jesus performs a prophetic miracle and then follows it up with a symbolic prophecy concerning a mountain cast into the sea.  The meaning and fulfillment of this miracle and prophecy point to an impending catastrophe.  See the following Preterist Commentary on Mark 11:20-24 for a detailed explanation. 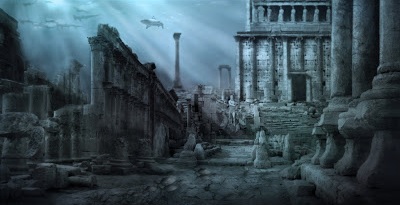 The City Cast into the Abyss

20 In the morning, as they went along, they saw the fig tree withered from the roots. 21 Peter remembered and said to Jesus, “Rabbi, look! The fig tree you cursed has withered!”

A Preterist Commentary on Mark 11:20-21: The Fig Tree represents Jerusalem.

In v. 13 Jesus approaches a fig tree, seeing no fruit on the tree, He curses it: “May no one ever eat fruit from you again!”  Then Jesus went to Jerusalem and drove out the money changers at the Temple.  On the following morning the tree was found to be withered.  Trees are often used in the Bible to signify a kingdom or city (Isaiah 10; Ezekiel 15; 17; 31; Nahum 3:12).  The fig tree in this parable appears to represent Jerusalem, the city Jesus had just left.  The fact that this tree is without fruit represents Jerusalem’s lack of virtue.  Good fruit is a Biblical symbol of the virtue of the saints: “[T]he fruit of the Spirit is love, joy, peace, patience, kindness, goodness, faithfulness, gentleness and self-control (Galatians 5:22-23).” The miracle of the withering of the fig tree in Mark 11:20-21 is an end time prophecy in disguise.

A Preterist Commentary on Mark 11:20-21: The Fig Tree’s lack of Fruit represents the Wickedness of Jerusalem, the City that killed the Prophets, Jesus, and the Saints.

In v. 13, Jesus curses a fig tree without fruit.  Then in vs. 20-21, He returns to the tree on the following morning; and the tree is withered.  Jesus’ first encounter with the tree seems to represent His earthly ministry in Jerusalem and Israel.  During this ministry, Jesus frequently assailed His contemporaries calling them “a wicked and adulterous generation (Matthew 16:4).”  This accusation is not mere rhetoric. The lack of fruit on the fig tree represents the wickedness of these people who killed the prophets, Jesus, and Jesus’ disciples after His crucifixion.  The fact that the fig tree withered the next time Jesus sees the tree is an omen of the destruction of Jerusalem and Israel by the Romans during the second coming of Christ.1 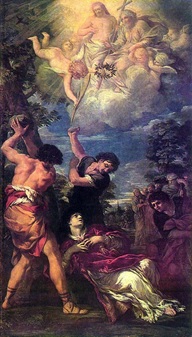 The lack of fruit on the fig tree representing Jerusalem signifies a lack of righteousness in the city. After Jesus was killed in Jerusalem, several leaders of the early church were also killed in that city.

22 “Have faith in God,” Jesus answered.  23 “Truly I tell you, if anyone says to this mountain, ‘Go, throw yourself into the sea,’ and does not doubt in their heart but believes that what they say will happen, it will be done for them. 24 Therefore I tell you, whatever you ask for in prayer, believe that you have received it, and it will be yours.

A Preterist Commentary on Mark 11:23: Mountains Represent Cities in the Bible.  The Sea represents the Gentile Nations.  After the Jewish War many Israelites were exiled throughout the Roman Empire.

Mountains are also often used in the Bible to represent cities (Psalms 2:6; 48:1; Isaiah 66:20; Jeremiah 51:25; Joel 3:17). The mountain in this parable like the fig tree that withered represents the city of Jerusalem.  Sea is also a common Biblical symbol.  As is the case in Daniel 7:2-3 and Revelation 17:15, the sea represents the Gentile nations.  See In the Bible “Earth” Signifies the Specific Land Addressed While “Sea” Symbolizes Foreign Nations.  After the fall of Jerusalem in A.D. 70, many Israelites were exiled throughout the Roman Empire.2  There many Jews were enslaved and killed in public spectacle.  The casting of the mountain or city into the sea may represent the exile of the people of Jerusalem throughout Gentile Rome.

The destruction of Jerusalem in A.D. 70. The casting of the mountain or city into the sea in Mark 11:23 is an expression signifying the slaughter of a city and its inhabitants.

A Preterist Commentary on Mark 11:23: The Sea also represents the Abyss, Hell.  The Hurling of the Mountain into the Sea is therefore a Symbolic Expression of the Destruction of Jerusalem and the Slaughter of its People.

Sea has another, deeper meaning in the Bible.  The sea is the Abyss, the realm of the dead.  See The Poetic Biblical Link Between “Sea” and “Abyss”.  The hurling of a mountain or city into the sea or Abyss is a symbolic expression of the destruction of a city and the slaughter of its inhabitants.  The casting of the mountain into the sea in this parable seems to also point to the destruction of Jerusalem and the massacre of its people in A.D. 70.

According to Revelation 6:9-11, the plagues of Revelation and their fulfillment during the Jewish War were ultimately a consequence of the prayers of the saints.  After Jesus’ crucifixion, many Christians in Israel were murdered by their Jewish brethren.3  God answered their pleas for justice in A.D. 66 at the start of Israel’s war with Rome.  During this war, Israel was destroyed by the Roman army and many Israelites were killed and exiled.  Jesus was right.  As a result of the faith of the saints, the mountains of Israel had been thrown into the sea at least in a metaphorical sense.

As explained in Mark 11:20-24: A Preterist Commentary both the withering of the fig tree and the mountain cast into the sea together symbolize the coming war with Rome.