A Preterist Commentary on Revelation 7: Summary and Highlights

In the following preterist Bible commentary on Revelation 7 the reader will be exposed to evidence that Revelation 7 has been fulfilled.  In this chapter the 144,000 are sealed to preserve them from the coming war.  The 144,000 appear to be the body of first century believers that survived Israel’s first century war with Rome.  According to Eusebius first-century Jewish Christians fled to Pella at the start of this war.  As predicted, these Christians and their Gentile brethren not living in Israel were kept safe from the coming plagues of Revelation.

The following may seem unbelievable.  However, most information is taken from unbiased historical records and all information is easily verifiable.  Sources listed at the end.

Holding Back the Storm 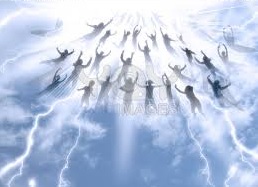 1After this I saw four angels standing at the four corners of the earth, holding back the four winds of the earth to prevent any wind from blowing on the land or on the sea or on any tree.

Revelation 7 Commentary: When do the Four Angels of the Four Winds Act?

This chapter opens with four angels holding back the destructive winds of the four cardinal directions.  Few commentators believe that these four angels are holding back literal wind.  According to Hebrews 1:7, winds represent angels: “In speaking of the angels he says, ‘He makes his angels winds.’”1 I believe the four winds being held back in v. 1 are the four horsemen of Revelation 6.  As noted by G.K. Beale the four horsemen of Revelation 6:1-8 are “modeled” after the four horsemen of Zechariah 6:1-8 who are explicitly identified as “the four winds of heaven” in Zechariah 6:5:2“And the angel answered and said unto me, These are the four winds of heaven, which go forth from standing before the Lord of all the earth [emphasis mine].”3  The word translated winds in Zechariah 6:5 is ruach which is also often translated spirits.  Ruach means breath, wind, spirit. Durers, Albrecht. The Revelation of St. John 4: The Four Riders of the Apocalypse. 1497-1498. Staatliche Kunsthalle Karlsruhe.

Revelation 7 Commentary: When are the Four Horsemen Set Loose?

And even if v. 1 caused v. 2, this idea still does not mean that the historical fulfillment of the seven seals preceded the fulfillment of the seven trumpets. Recall that Revelation is a continuation of the Book of Daniel as the scroll opened in Rev 5 appears to be the same scroll Daniel predicted would be opened at the end of the age (Dan 12:4).  Thus Revelation is a continuation of the Book of Daniel. And just as Daniel makes several predictions throughout his vision which discuss events surrounding the Babylonian, Medo-Persian, Greek and Roman Empires which repeat and recapitulate themselves, Revelation does the exact same thing.  Just like the Book of Daniel which essentially repeats the predictions first recorded in Dan 2 over and over throughout the remainder of the book adding additional details in each retelling, Revelation does the same throughout the seven seals, trumpets and bowls which each predict the same basic events repeated over and over adding additional detail with each retelling.

As is the case in the Book of Daniel, John also receives a succession of visions and just because the seven seals precede the seven trumpets does not mean that the historical events which they describe preceded those predicted in the seven trumpets recorded later.  After all, in Revelation John is given a series of visions of the future, John does not see these events take place in real time like an eyewitness or historian.  Thus the fact that the seven seals precedes the seven trumpets which also precedes the seven bowls does not mean that these three sets of seven plagues were to be fulfilled successively.  Instead, the similarities in the seven seals, trumpets and bowls imply that each of these sets of seven plagues predict the same basic historical events as is the case in Dan 2 and 7 where the four kingdoms in each chapter are understood to be the same. 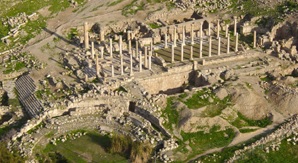 In Revelation 7 John lists twelve thousand men from each of the twelve tribes of Israel to be sealed and protected from the coming judgment.  Because the tribal identity of the ten tribes exiled by the Assyrians had likely been lost by the first-century A.D. due to a history of intermarriage in foreign lands, it seems likely that the reference to the twelve tribes in Revelation 7:3-8 is symbolic.6  And if the twelve tribes are symbolic of course the exact number of individuals from each tribe is probably also not literal.

The 144,000 appear to be the woman who is kept safe from the beast (Rev 12:14).  The idea that the woman of Rev 12:14 is the 144,000 is bolstered by the fact that not all of the saints are kept safe from the beast.  Revelation 7:9-14 tells of “a great multitude” “from every nation, tribe, people and language” that “have come out of the great tribulation” the same tribulation the woman and 144,000 appear to avoid.  After the woman escapes the dragon, the dragon “went off to wage war against the rest of her offspring—those who keep God’s commandments and hold fast to their testimony about Jesus.” (Rev 12:17.)  It therefore appears that the “rest” of the woman’s offspring of Rev 12:17 are also the “great multitude” who “have come out of the great tribulation” of Rev 7:9-14.

Eusebius records how the church in Jerusalem survived the war with Rome by fleeing to Pella at the start of the war.7  These Jewish Christian survivors appear to be the 144,000 and the woman of Rev 12.  Though Eusebius tells us that the church at Jerusalem escaped to Pella at the start of the war he says nothing about the rest of the Christians in Palestine or those Christians from all over the world who celebrated the traditional sacred feasts (Acts 15:1; 18:20-21; 20:16; 1 Cor 9:20–23; Gal 4:21-31; 5:4). Remember there were many Judaizes in the early church who believed that it was necessary for Christians to faithfully follow the Law of Moses (Acts 15:1; Galatians 2:4; 4:21; 5:1-6; Ignatius’s letter to the Magnesians 10:3; Dialogue with Trypho 47). Thus many first century Christians not only celebrated the sacred feasts customarily, many of these Christians did so out of a moral sense of obligation to adhere fully to the Law of Moses.  All these Christian pilgrims from “every nation, tribe, people and language” (Rev 7:9-14) would have been trapped in the city of Jerusalem in A.D. 70 and traditionally being poor would have been among the first to perish from the siege.

A Full Preterist View and Commentary of Revelation 7:3-8: The Preservation of the 144,000 and the Escape of First Century Jewish Christians to Pella . . .

A similar mark on the foreheads of the saints is also mentioned in Ezekiel 9:4-6. The sealing of the 144,000 is one of the first of many allusions to the story of Exodus found throughout Revelation.  The sealing of the 144,000 is reminiscent of the marking of the Jews during the tenth plague of Exodus.  In this plague, the Jewish slaves sacrificed a lamb and spread its blood over the doorframes of their homes. This act marked the followers of God so that when the angel of death came through the land killing all the firstborn, he would pass over these homes.  The 144,000 Christian saints of Revelation 7, like the Jews of Exodus, escaped the angel of death by being marked with the blood of Jesus, the sacrificial lamb of Revelation 5:6 and the true Passover lamb of Exodus 12.

A likely path from Jerusalem to Pella.

9After this I looked and there before me was a great multitude that no one could count, from every nation, tribe, people and language, standing before the throne and in front of the Lamb.  They were wearing white robes and were holding palm branches in their hands.  10And they cried out in a loud voice:  “Salvation belongs to our God, who sits on the throne, and to the Lamb.”  11All the angels were standing around the throne and around the elders and the four living creatures.  They fell down on their faces before the throne and worshipped God, 12saying:  “Amen!  Praise and glory and wisdom and thanks and honor and power and strength be to our God for ever and ever.  Amen!”  13Then one of the elders asked me, “These in white robes—who are they, and where did they come from?”  14I answered, “Sir, you know.”  And he said, “These are they who have come out of the great tribulation; they have washed their robes and made them white in the blood of the Lamb.

A Preterist View and Commentary of Revelation 7:14: What was the Great Tribulation and Who are Those Who came out of It?

As stated above those who came out of the great tribulation in v. 14 appear to be those Christians trapped in Jerusalem during Titus’ siege in A.D. 70. The great tribulation is also mentioned in Matthew 24:15-21. In these verses, the great tribulation appears to signify the Roman siege of Jerusalem in A.D. 70.  In Matthew 24:15-21, Jesus warns Christians to flee the city at this time and many did according to Eusebius.  However, immediately after mentioning the “great distress, unequaled from the beginning of the world” in v. 21 referring to the siege of Jerusalem in A.D. 70, Jesus implies in the following v. that many Christians would not heed Jesus’ warning and would be trapped in Jerusalem during this siege by saying, “If those days had not been cut short, no one would survive, but for the sake of the elect those days will be shortened.” (Matthew 24:22.) Here we see that the ones who come out of the great tribulation in v. 14 appear to be those Christian trapped in Jerusalem during the Roman siege of A.D. 70.

15Therefore, “they are before the throne of God and serve him day and night in his temple; and he who sits on the throne will spread his tent over them.  16Never again will they hunger; never again will they thirst.  The sun will not beat upon them, nor any scorching heat.  17For the Lamb at the center of the throne will be their shepherd; he will lead them to springs of living water.  And God will wipe away every tear from their eyes.”

A Realized Eschatological View and Commentary of Revelation 7: Conclusion

In the above preterist commentary on Revelation 7, the reader was shown the miraculous fulfillment of all the above prophecies throughout the course of the Jewish War.

A Preterist Commentary on Revelation 7