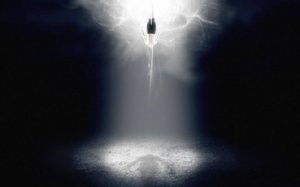 Did Josephus Record the Resurrection? Since the Spirits in Sheol are said in Revelation 6:9-11 to be under the Altar, were the Supernatural Voices Heard departing the Temple in A.D. 66 a Miraculous Sign of the Resurrection of the Dead?

Mark Mountjoy has an interesting view of the resurrection. He believes that Josephus mentions the resurrection in The Wars of the Jews: “[A]t that feast which we call Pentecost [of A.D. 66], as the priests were going by night into the inner temple…they felt a quaking and heard a great noise, and after that they heard a sound as of a great multitude, saying, ‘Let us remove hence.’”[1] He argues that the departed saints in Sheol said to await the resurrection under the altar in Revelation 6:9-11 were quite literally under the altar in the Temple though perhaps in another dimension. These spirits were then released from Sheol in some way connected to the site of the Temple altar at the start of the Jewish War. Thus Mountjoy believes that this multitude of supernatural voices coming from the Temple were the departed saints announcing their release from Sheol and that this release was somehow related to or located at the site of the Temple altar. I believe that this view is worth consideration. The first thing to note concerning this miracle is that it transpired fourteen or fifteen days after the army of angels were seen in the sky which I believe was the initial aspect of the Parousia. See Jesus, the Son of Man, was LITERALLY Seen in the Clouds in A.D. 66. Thus this event fulfills vs. like 1 Thessalonians 4:16 in which the resurrection is tied to the Parousia. 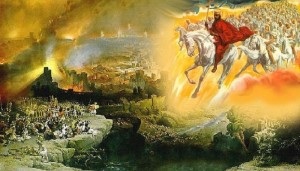 The Parousia is described in detail in Revelation 19. Here Jesus leads an army of angels on horseback on the clouds. A seemingly identical miracle is recorded in Iyyar of A.D. 66.

Another thing to note concerning this view is that it may shed light on Revelation 6:9-11. In these vs. John sees a vision of the departed martyrs under the altar. In v. 10 these spirits ask God how long will it be until He avenges their deaths on the people of the earth. To which they are told to wait a little longer until the rest of those who were to be killed as they had been was complete. The people of the earth who were responsible for the martyrdom of the saints in Revelation 6:9-11 are mentioned in Acts 8:1 where after the death of Stephen a great persecution of Christians ignited in Jerusalem. The term earth is synonymous with land. Thus the people of the earth or land who were responsible for the deaths of the martyrs under the altar are the people of the land of Israel. See In the Bible “Earth” Signifies the Specific Land Addressed While “Sea” Symbolizes Foreign Nations. This fact appears to be significant because the time in which God enacted His vengeance on the people of first century Israel began in A.D. 66 at the start of the Jewish War—the precise time in which these miraculous voices from the Temple which may have marked the start of the resurrection were heard.  When the martyred saints asked God when He was going to punish their murderers and persecutors perhaps they asked this question because they believed that it was at that time that they were to be finally released from Sheol?  If this is true, and this miracle did mark the start of the resurrection, then they were right.

Roman siege of Jerusalem under Titus in A.D. 70

Or perhaps they were finally allowed to enter heaven at the start of the seventh trumpet when Titus and his army arrived at Jerusalem to begin their siege?  In Revelation 16:17 the seventh angel pours out his bowl on Israel and the consequences of the seventh plague begin to unfold.  After the angel poured out his bowl at the start of the seventh plague, the voice of God from heaven declares, “It is done.”  Does this mean that this plague was fulfilled or “done” once the angel poured out his bowl or is it only truly fulfilled or “done” when the results of this bowl fully transpired?  Maybe the seventh plague was considered complete in God’s eyes when this plague was first poured out as implied in Revelation 16:17?  The reason that I believe this is because it was approximately three and a half years from the start of the resurrection recorded by Cassius Dio at the beginning of the construction of the canal in Greece to the sounding of the seventh trumpet by the Romans marking the start of the siege of Jerusalem in A.D. 70.  This seems to coincide with the period in which the woman is kept safe from Satan in Revelation 12:6 and 14.  (Perhaps this woman represents both the Christians of Jerusalem who fled to Pella to escape the Romans during the Jewish War and the martyred Christian saints who were kept safe from Satan before their entrance into heaven at the start of the seventh plague?)  Though it is hard to pinpoint precisely when the resurrection witnessed at the Corinth Canal recorded by Cassius Dio took place, it is possible that it could have occurred three and a half years before the sounding of the seventh trumpet which was during the Feast of Tabernacles in A.D. 66. 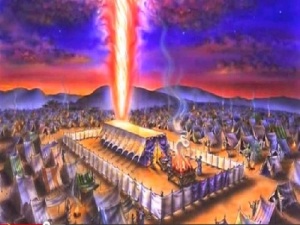 Thus maybe the departure of the martyred Christians from Sheol during the resurrection mirrored the likely way in which the Jewish Christians of Jerusalem departed the city at the start of the war. As mentioned above, according to the church historian Eusebius members of the Christian church in Jerusalem fled to Pella at the start of the Jewish War.[2] Reluctant to leave their jobs or their homes and businesses to vandals, thieves and brigands, I believe that it is unlikely that these Christians all left at once. It seems likely to me that there was probably a span of time in which Christians fled Jerusalem correlating with the individual moments in which each Christian realized that war was more-or-less inevitable and it was better to leave jobs, homes, possessions and businesses rather than stay, defend this property and risk their lives. Many of these Christians probably knew that they were to leave Jerusalem when they saw the city surrounded by armies because Jesus warned them to do so in Luke 21:20-21. Perhaps some fled the city per Jesus’ warning in Luke 21:20-12 immediately before or during the arrival of the Roman army outside of Jerusalem under Florus which quickly resulted in a great slaughter at the Upper Market Place of Jerusalem in Iyyar of A.D. 66? It seems likely to me that from this point on these Christian refugees continued to progressively flee the city as war with Rome seemed more and more certain ultimately culminating in the moment when the Roman army once again encamped outside of Jerusalem under Cestius during the Feast of Tabernacles of A.D. 66. I believe that it was during the Feast of Tabernacles of A.D. 66 when the last of these Christians to leave Jerusalem probably made their departure.

Maybe the resurrection of the Christian martyrs from Sheol and their resulting protection from the Devil mirrors the departure and protection of the Jewish Christians who fled Jerusalem to escape the Romans? Thus the woman of Revelation 12 who represents the Christian saints seems to represent both those Christian saints who were alive during the Jewish War as well as the Christian martyrs who were recently departed. Thus it is presumably the case that the saints who fled Jerusalem and the saintly martyrs who were released from Sheol who together embody the woman of Revelation 12 were all protected for at least three and a half years though those who left earlier were presumably kept safe longer. In both cases, this is the interval between the arrival of the Roman army under Cestius at Jerusalem during the Feast of Tabernacles in A.D. 66 to the siege of Jerusalem in Passover of A.D. 70—exactly three and a half years later.